Who will win today’s PKL match 18, and telecast details 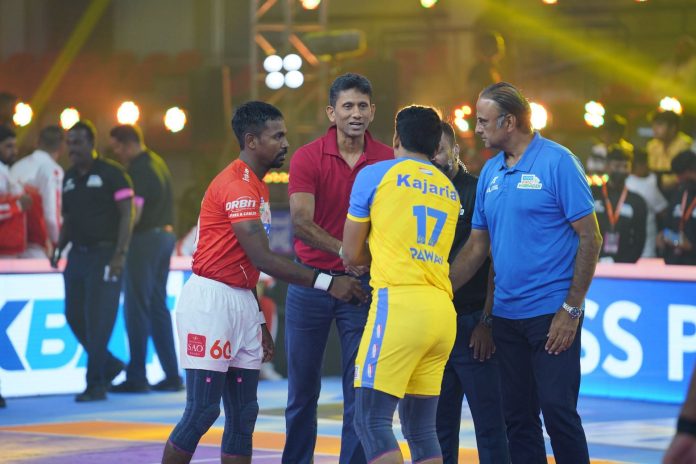 Gujarat Giants haven’t had the best of starts to their new season as they are languishing at the bottom of the points table with one tie and one loss in two matches.

After playing a tie in their opening game, the Giants lost their second game to Dabang Delhi 33-53. They will be eager to notch up their first win of the season on Friday.

Puneri Paltan, on the other hand, sit ninth in the points table with one tie and one defeat after their respective two matches. They shared the spoils in their opening game followed by a 39-41 defeat to Bengaluru Bulls in their previous encounter.

The Paltan have looked good so far and would now want to translate their performances into a win.

All players are available for selection.

The Iranian duo of Fazel Atrachali and Mohammad Nabibakhsh are available for selection.

Nothing has worked for the Gujarat Giants so far. They have failed in the defense and attack simultaneously. Their main raider Rakesh has been the only bright spot for them and the Giants will have to improve massively to notch up their first win of the season.

With the return of Fazel Atrachali, Mohammad Nabibakhsh and Puneri Paltan are looking threatening. While Aslam Inamdar and Mohit Goyat have been scoring points in the attack, Fazel Atrachali will improve their defense instantly.

Prediction: Puneri Paltan are expected to win this match.

Poll : Who will win the match?

Dolphins, who tried to lure Tom Brady, practicing with Buccaneers