HomeSportsWhere to watch Netherlands vs Argentina in USA: Live stream and TV...
Sports

Where to watch Netherlands vs Argentina in USA: Live stream and TV channel for World Cup 2022 quarterfinal 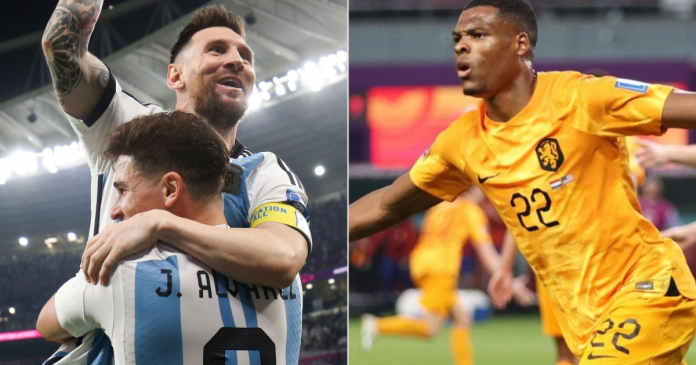 In what is arguably the biggest heavyweight clash of the World Cup so far, the Netherlands will attempt to overcome Lionel Messi’s Argentina and their dedicated legion of fans in the World Cup quarterfinals.

Argentina showed moments of magic in their Round of 16 win over a spirited Australia side, but they were made to work incredibly hard for the victory, with Emiliano Martinez making a massive save in the last play of the game to preserve La Albiceleste’s 2-1 lead.

Messi scored a classy goal in that match and he will be central to Argentina’s hopes of progressing past a strong Dutch side.

The Netherlands put in their most complete performance of the tournament when they defeated the USA 3-1 in their Round of 16 clash. Despite an early chance for Christian Pulisic, the Dutch soon took control and took advantage of a fatigued USMNT to put on an attacking show, with their top scorer Cody Gakpo impressing once again.

These sides last met at the World Cup in the 2014 semifinals. On that occasion, Argentina went through to the showpiece event after defeating the Netherlands 4-2 on penalties, and with both teams being evenly matched, we could see this one go the distance as well.

Here’s where to watch the match in the United States online via live stream or on traditional TV channels for via cable, satellite, and telco subscribers.

Where to watch Netherlands vs Argentina on TV in USA

The massive Netherlands vs Argentina match will be televised in the United States in English by Fox Sports and in Spanish by Telemundo.

For English-language coverage, Fox will show the game on Fox. Fox’s play-by-play coverage will be supported by commentary from John Strong and match analysis from Stu Holden.

Meanwhile, Telemundo will carry the Spanish-language broadcast of Netherlands vs Argentina. Sammy Sadovnik will be the play-by-play announcer for this clash, with Eduardo Biscayart providing the analysis. Legendary broadcaster Andres Cantor, covering his 12th World Cup, is the main man for the Telemundo coverage, partnered with former Mexican national team player Manuel Sol. The other pundits providing coverage for the closing stages will include Copan Alvarez and Jorge Calvo.

Where to watch Netherlands vs Argentina online in USA

Viewers in both English and Spanish can view their respective coverage on fuboTV, with both FS1 and Telemundo available to stream. New U.S. viewers can access fuboTV for a limited time with a free trial.

With all World Cup matches being shown in English on Fox or FS1 in the United States, Fox will also make the matches available on the company’s streaming platforms (site and app), with a verified login for cable, satellite, and telco subscribers.

Every Telemundo match is available on Peacock for subscribers, as well as on the Telemundo streaming platforms Telemundo Deportes En Vivo (site and app) for verified cable, satellite, and telco users.

Saints QB Jameis Winston playing with four fractures in back

Far From the World Cup, the Essence of Argentine Soccer Expands its Reach