HomeSportsWhat channel is Ravens vs. Steelers on today? Time, TV schedule for...
Sports

What channel is Ravens vs. Steelers on today? Time, TV schedule for NFL Week 14 game 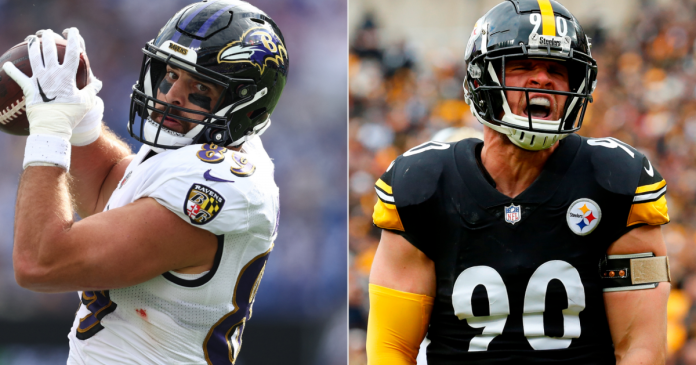 The Ravens have won five of their last six games, but they find themselves in a precarious position heading into a Week 14 matchup with the Steelers.

Lamar Jackson isn’t expected to play, according to John Harbaugh, after suffering a PCL sprain in a Week 13 win over the Broncos. That leaves backup Tyler Huntley to face a Steelers team coming off back-to-back wins.

Baltimore (8-4) is at risk of falling out of the AFC North lead with a loss. The Bengals trail the Ravens by only a tiebreaker in the division and have surged to win eight of their last 10 games. However, the Ravens have won games while shorthanded in the past and won’t lack confidence going into Acrisure Stadium.

In what promises to be a defensive battle, particularly with Jackson on the shelf, the Steelers will be looking for yet another close win. Rookie QB Kenny Pickett has gone four consecutive games without an interception, inspiring hope that he’s not only the quarterback of the future in Pittsburgh but also a quarterback who can help keep the Steelers playing meaningful games down the stretch.

Pittsburgh (5-7) still faces a tough road to a playoff berth, but a win on Sunday along with a Jets loss would put Mike Tomlin’s team only one game out of the AFC’s No. 7 seed. While expectations remain tempered, a victory in this AFC North rivalry game could change the entire outlook on this Steelers season.

Here’s everything you need to know to watch Ravens vs. Steelers on Sunday, including kickoff time, TV channels and full 2022 schedules for both teams.

What channel is Ravens vs. Steelers on today?

Ravens vs. Steelers will be broadcast regionally on local CBS affiliate stations. The broadcast team has not yet been announced.

Viewers in the United States can stream Ravens vs. Steelers on fuboTV, which offers a free trial.

Canadian viewers can stream the game on DAZN, which carries every NFL game.

Ravens vs. Steelers from Acrisure Stadium in Pittsburgh is set to start at 1 p.m. ET on Sunday, Dec. 11.

Why did Qatar even want the World Cup?