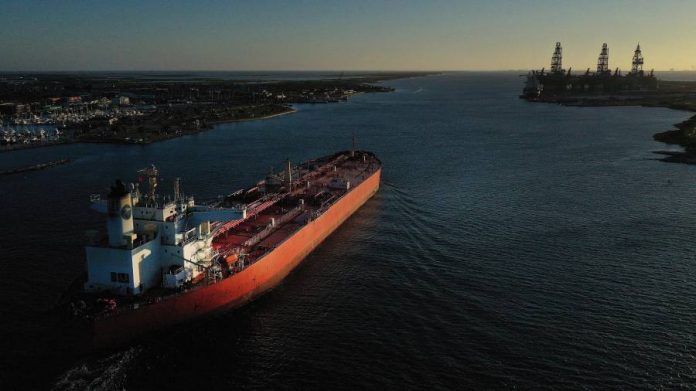 The US is exporting record volumes of oil and taking on a bigger role as a fuel supplier in response to the global energy crunch caused by Russia’s war in Ukraine, even as tensions flare over petrol prices at home.

Combined US exports of crude oil and refined petroleum products surged to 11.4mn barrels a day last week, according to data released on Wednesday by the Energy Information Administration, the most ever reported.

The shipments were almost 2mn b/d higher than the previous week and came despite oil companies facing pressure from Washington to send less fuel abroad and build domestic stocks as president Joe Biden’s administration tries to curb prices at the pump ahead of critical midterm elections.

Buffeted by high prices, the White House has refused to rule out controls on fuel exports. Energy secretary Jennifer Granholm wrote to oil refiners in August calling on them to build stocks of fuel to avoid “additional federal requirements or other emergency measures”.

The prospect of curbs on exports re-emerged after the Saudi Arabia-led Opec+ oil cartel recently cut production. The Biden administration said last week “all options” remained on the table to “ensure domestic supply”.

Export controls would risk angering countries that depend on US supplies. Oil companies have warned that any ban on refined product sales could increase domestic fuel prices and “alienate US allies during a time of war”.

The US has become a crucial supplier to global energy markets since the shale drilling revolution transformed production from its oil and gasfields more than a decade ago.

Its importance has grown as Opec+ announced cuts to production and the EU implements an embargo on Russian crude later this year in response to the war.

The US continues to be a large oil importer, with inbound crude shipments averaging 6.2mn b/d last week from countries including Canada and Saudi Arabia, some of which will be exported again after it is refined into petrol or diesel.

US exports of crude were 5.1mn b/d a day last week, a record level, according to the EIA. For refined products the figure was 6.3mn barrels a day, shy of a record 7mn b/d earlier this month.

Biden said last week he was doing “everything in [his] power” to bring down the price of petrol, which hit record levels this summer. It has since fallen sharply, but at $3.76 a gallon, remains more than 60 per cent higher than when he took office.

At $5.32 a gallon, the price of diesel, used to power industry, has not fallen as sharply from its peak and is about double its level when Biden entered the White House. US inventories of distillate, which includes diesel and heating oil, were 106mn barrels last week, about a fifth lower than the five-year average.

Biden has ordered his officials to prepare for more releases from the country’s Strategic Petroleum Reserve as a record drawdown announced in March comes to an end. The SPR releases and rising exports have taken petroleum stocks to about 1.6bn barrels, their lowest since 2005, raising concerns about US preparedness in case of massive supply disruptions.

How Love Is Blind’s Raven Is Coping After SK Breakup