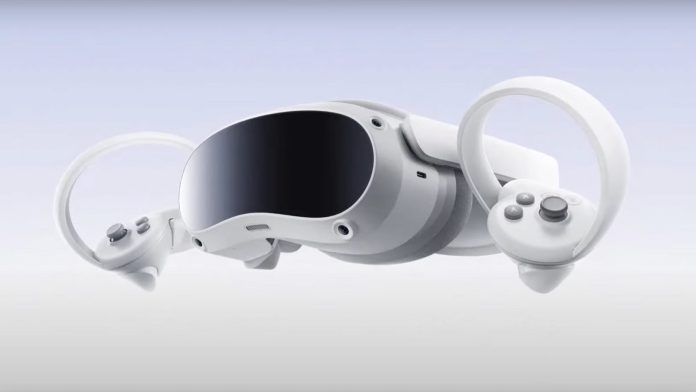 ByteDance, the parent company of short-form video platform TikTok, has so far sold 46,000 of its virtual reality headset Pico online in China as it seeks to better compete with Facebook parent Meta.

The figure was reported by the South China Morning Post on Sunday (October 23), which cited data from market intelligence firm Sandalwood Advisors.

ByteDance reportedly sold that number of devices via online orders from the launch date of the Pico 4 standalone VR on September 27 until October 14.

Of the overall sales, 65% were made via e-commerce site JD.com, while 17% were made through Alibaba Group’s Tmall marketplace and another 17% were sold via TikTok’s Chinese counterpart Douyin.

The launch came over a year after ByteDance acquired Chinese VR headset maker Pico for an undisclosed amount as it pushed to diversify its business.

In a statement to media outlets at the time, ByteDance said Pico’s “comprehensive suite of software and hardware technologies, as well as the talent and deep expertise of the team, will support both our entry to the VR space and long-term investment in this emerging field”.

In the first quarter of 2021, Pico was the third-largest VR headset manufacturer globally, according to data from market research firm International Data Corp. or IDC.

IDC in March said a new round of competition in the VR market will start in China driven by the concept of the metaverse.

“Among them, Pico Neo3, Qiyu VR series, and Nolo Sonic are the models with a larger share of online e-commerce platforms in 2021,” IDC said. Qiyu VR is developed by Chinese online video platform iQIYI, often compared to Netflix, while the Nolo Sonic is by Chinese tech company NOLO VR.

That price range makes Pico headsets more affordable for customers versus the high-end Quest Pro headset that Meta Platforms launched just weeks after the debut of the Pico 4. Meta’s Quest Pro is priced from $1,499.99.

Meta, Facebook’s parent company, acquired VR developer Oculus in 2014 and now holds 90% of the VR market, with Pico trailing far behind with only a 4.5% share, the IDC said in a June report.

“Meta’s dominance in the VR market will be challenged in the coming years,” says the IDC.

“Recent expansion into many European countries as well as a growing library of consumer-friendly content should help the company attract a larger audience in the coming quarters,” the IDC said.

However, the firm noted that Pico, which largely operated within China’s borders, “has maintained a presence in many global markets though this has primarily occurred in the commercial segment”.

“Recent expansion into many European countries as well as a growing library of consumer-friendly content should help the company attract a larger audience in the coming quarters.”

“Recent expansion into many European countries as well as a growing library of consumer-friendly content should help the company attract a larger audience in the coming quarters,” the IDC said.

Still, the 46,000 VR headsets sold in less than a month fell short of Pico’s target after its founder and president Henry Zhou reportedly said in an interview with Chinese media in September that the Pico 4 is expected to sell more than 1 million units.

ByteDance’s entry into hardware production is not limited to VR headsets. In July, the company unveiled plans to design its own semiconductors and in 2019, it disclosed plans to design educational gadgets and revealed its first smartphone under the Smartisan brand.Music Business Worldwide

‘A decade in music is a millennium in other industries.’