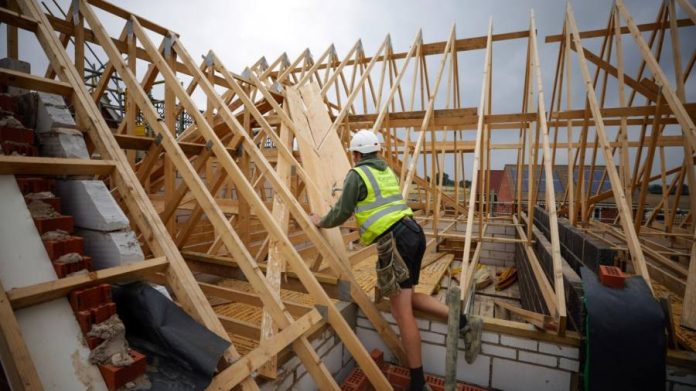 The writer is professor of economics at Oxford university

After the spectacular demise of Trussonomics, fresh thinking about how to resolve the UK’s fiscal crisis has become a priority. The new chancellor, Jeremy Hunt, urgently needs market-credible solutions that enhance long-term growth. An important element in a sensible package is to enable far better land value capture. This entails sharing more fairly the increase in value that results from development permission between society — the taxpayer — and private landowners. It would be a significant source of new funding, and reduce the constraints on growth that come from landowners and from the high prices of land with development permission.

We need three things. First, a planning system that would, on change of use, direct that the uplift in land value be split between the national or local planning authorities — to help meet infrastructure or housing needs — and the current landowner, whose portion would be fair reward for selling the land. The Oxford Civic Society supports land value capture with a 50:50 split.

Second, an amendment of the Land Compensation Act 1961 so that local and central authorities could, where necessary, compulsorily purchase at a price close to the existing value. This would exclude “hope” value — that might at some future time arise if planning permission were given for change of use. The compulsory purchase option reduces the risk of one landowner blocking development by extracting an unreasonable holdout profit from a project entailing multiple plots of land.

The enormous prices of residential land owe much to the exorbitant privileges given to landowners by the 1961 act. This entitled owners to compensation for subsequent planning permission for years following a voluntary sale. In this, the UK is an outlier. In countries such as Germany and the Netherlands, a fairer balance has been struck between the property rights of landowners and those of society. The UK would do well to learn from stellar examples of the use of land value capture for housing and infrastructure projects in cities such as Freiburg, Frankfurt and Rotterdam. Enhancing LVC would be a big step forward in planning towns and cities for the 21st century.

Finally, the government’s fiscal rules should become more growth-friendly, shifting the focus from constraining government debt relative to gross domestic product. Instead, the goal should be to enhance the public sector’s net asset value (assets minus debt) where the market value of land is counted on the asset side of the balance sheet. In the short term, acquisition of land for the public sector funded by debt would then leave the net asset value unchanged. However, planning consent would soon enhance land values owned by the public.

One of the benefits of land value capture is to reduce opposition to new housing — this can come from those who fear, sometimes with good reason, that the lack of sufficient infrastructure will put unacceptable strains on local services. A well-functioning LVC system would guarantee properly funded new infrastructure, encouraging welcoming attitudes to new housing. There is a growing acceptance across political parties and certainly among the public that housing and planning markets are not fit for purpose: they are not working for the common good, and are not delivering the reasonable housing expectations of most young people.

The owners of land in the UK have pocketed too high a proportion of benefits from the investment that others, especially taxpayers, made in infrastructure and other development. The privileges granted by the 1961 act have contributed to the high costs of land in the UK and constrained growth. High land costs are part of the reason for the UK’s housing problems: lack of affordability gives us the highest average commuting times and least well-insulated homes among major northern European economies. All this must change.