HomeSportsThe Mets have spent freely this offseason, but have they actually gotten...
Sports

The Mets have spent freely this offseason, but have they actually gotten better? 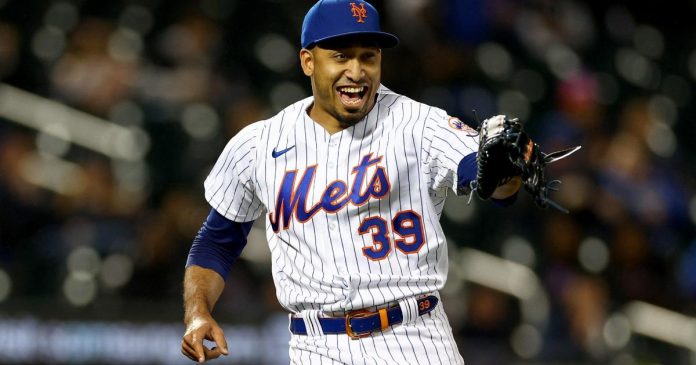 The Mets have spent a lot of money this offseason. Not every signing is officially official quite yet, but the list of reportedly done deals is long and star-studded.

No other team has even come close to matching that type of free-agent work, in terms of quantity, quality and cash. And they might not be done. The offseason is still long, owner Steve Cohen’s pockets are deep and the Mets haven’t addressed every single need.

But, and this seems almost silly to ask considering that lengthy list of talented players, is it enough? Are the Mets going to be better in 2023 than they were in 2022?

There are a couple of reasons for that. The first is simple: The Mets were really good in 2022, and improving on a 101-win season is not easy. Only the Dodgers (111) and Astros (106) won more games than New York’s best baseball team, and the Mets tied with the Braves for the most wins in the NL East (but lost the tiebreaker). Fun fact: The Mets have never produced back-to-back 100 win seasons. The closest they’ve come was in the 1980s.

It ain’t easy. And even though the Mets signed all these big contracts, all they really did was replace elements of the successful 2022 team that might otherwise have been lost via free agency. Nimmo was a huge part of the Mets’ equation last season, posting a 5.1 bWAR and providing exceptional defense in center field, while producing a .368 on-base percentage in 148 games as the Mets’ leadoff hitter. Bringing him back was imperative.

And Diaz turned in one of the best seasons as a closer in baseball history. His saves total wasn’t eye-popping, but that’s because the Mets didn’t play in a ton of close games; the club tied for the third-most wins in baseball, but finished tied for 15th in saves. Diaz went 32-for-35 in save opportunities, with a 1.31 ERA/0.90 FIP, 4.9 H/9 and 17.1 K/9. Just dominating, and the Mets wasted no time making sure he stayed where the trumpet plays for him.

MORE: How the Yankees can improve after Aaron Judge signing: Cut the dead weight

Verlander, essentially, replaces Jacob deGrom as the team’s veteran co-ace, along with Max Scherzer, though the hope is Verlander will give the club more starts than deGrom has the past two years. And the additions of Quintana and Senga should be outstanding, but they’re also filling rotation holes, not necessarily making upgrades. Remember, the Mets lost Chris Bassitt (30 starts, 3.42 ERA) and Taijuan Walker (29 starts, 3.49 ERA). That’s a hefty workload of quality innings for Quintana and Senga to replace.

And even the signing of Robertson to the bullpen, that’s just replacing another key lost piece. Seth Lugo made 62 appearances out of the bullpen, with a 3.76 FIP. Roberson pitched 58 games for the Cubs and Phillies last year, with a 3.58 FIP.

Replacements, not improvements. That’s not to knock the signings. Just the commitment to replacing the type of talent that was/could have been lost is impressive. Other teams faced with the type of losses the Mets were looking at, and the type of financial outlay it would have taken to maintain the status quo, might have chosen another path forward. Whispers of “rebuilding” might have echoed around the seats at Citi Field.

And here’s the other reason the Mets might not be better during the 2023 regular season than they were in 2022: The top of the NL East is kinda brutal, and it’s not getting any easier as the offseason progresses. The Phillies, who finished third in the division during the regular season with 87 wins, but rolled through the NL side of the playoffs and took a 2-1 lead in the World Series, have been aggressive this offseason.

They added the perfect piece to their team’s puzzle in Trea Turner, a top-of-the-order hitter with speed who makes them a stronger defensive unit. And they signed ex-Met Taijuan Walker to slide into the rotation behind No. 3 starter Ranger Suarez, giving length to a rotation that needed length. And they added lefty reliever Matt Strahm, who was solid for the Red Sox last year, to the bullpen mix.

Atlanta’s offseason to this point has produced mixed results. They traded away catcher William Contreras in a deal that brought back catcher Sean Murphy, a defensive upgrade while still brining offense. They lost closer Kenley Jansen to the Red Sox. Shortstop Dansby Swanson, a clubhouse and fan favorite, is still on the free-agent market and still might return, but that’s far from a sure thing.

But the Braves didn’t come into the offseason with a to-do list like the Mets’ list. Up and down Atlanta’s stable roster, almost every key player is already signed to a long-term deal that’s either VERY team friendly (hi, Ozzie Albies!) or at least market-neutral (Austin Riley). This is a team that, with very little offseason maneuvering, will compete for division titles and triple-digit win totals for the foreseeable future.

So, yeah. The Mets have had a busy offseason, no doubt. They’ve had a successful offseason, by most any measure. They’ve treaded water in spectacular fashion. Are they the best team in the NL East?

Maybe this is the better question: Does that even matter? They’ll absolutely be good enough to get into the postseason, and that’s really what matters.

3D ‘Bioprinting’ Could Help With Child Heart Defects and More