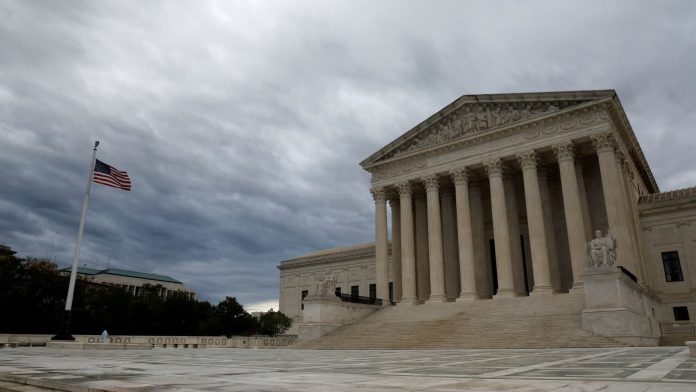 Following the monumental leak of the draft opinion to overturn Roe v. Wade in May, a former anti-abortion leader claims he was told the outcome of a 2014 case weeks before it was announced publicly, according to a report published on Saturday in The New York Times.

Rev. Rob Schenck, who led an evangelical nonprofit in Washington, said he was informed ahead of time about the ruling of Burwell v. Hobby Lobby, a landmark case involving contraception and religious rights, according to a letter he wrote to Chief Justice John G. Roberts Jr.

Roberts did not respond to the letter.

Schenck used his knowledge of the verdict to prepare public relations materials, the report said, and to inform the president of the Christain evangelical-owned craft store Hobby Lobby, the winning party of the case. Schenck said the ruling was also shared with a handful of advocates, according to the report.

The Burwell v. Hobby Lobby decision was a victory for conservatives, much like the Supreme Court’s recent 5-4 decision to overturn Roe v. Wade, the historic ruling that established the constitutional right to abortion in the U.S. in 1973.

In Burwell v. Hobby Lobby, the court ruled that it was a violation of religious freedom for family-owned businesses to be required to pay for insurance that covers contraception.

Justice Samuel Alito wrote the majority opinion in both cases.

A draft of the majority opinion to overturn Roe was leaked in May and sent shockwaves across the country, galvanizing activists on both sides of the debate. It also cast a pall over the nation’s highest court, which immediately opened an investigation to find the source of the leak.

The unprecedented leak of Alito’s draft opinion blew a hole in the cloak of secrecy normally shrouding the court’s internal affairs. It drew harsh scrutiny from the court’s critics, many of whom were already concerned about the politicization of the country’s most powerful deliberative body, where justices are appointed for life.

But according to Schenck, it is not the first time a decision has been leaked.

Schenck had “worked for years” to gain access to the court by trading favors and using his faith, he told the Times. And in 2014, two of Schenck’s “star donors,” Donald and Gayle Wright, ate a meal with Justice Alito and his wife, Martha-Ann.

The next day, the Times reported, one of the Wrights called Schenck and told him Alito had written the majority opinion, and that the case would be decided in favor of Hobby Lobby. Less than a month later, that exact decision was announced to the public.

Schenck did not immediately respond to requests for comment.

In a statement obtained by NBC News, Alito said the allegation that the Wrights were told about the outcome of the case, or the majority opinion, is “completely false.”

“My wife and I became acquainted with the Wrights some years ago because of their strong support for the Supreme Court Historical Society, and since then, we have had a casual and purely social relationship,” Alito said in the statement. “I never detected any effort on the part of the Wrights to obtain confidential information or to influence anything that I did in either an official or private capacity, and I would have strongly objected if they had done so. I have no knowledge of any project that they allegedly undertook for ‘Faith and Action,’ ‘Faith and Liberty,’ or any similar group, and I would be shocked and offended if those allegations are true.”

Schenck’s views on abortion have changed in recent years, according to the report, and he is working to establish himself as a more progressive evangelical figure. He said he feels regret about his actions and knowledge about the case, which is why he has decided to speak out.

— CNBC’s Dan Mangan and Kevin Breuninger contributed to this report.

Did the American out-strike ‘Chito’ at UFC San Diego?