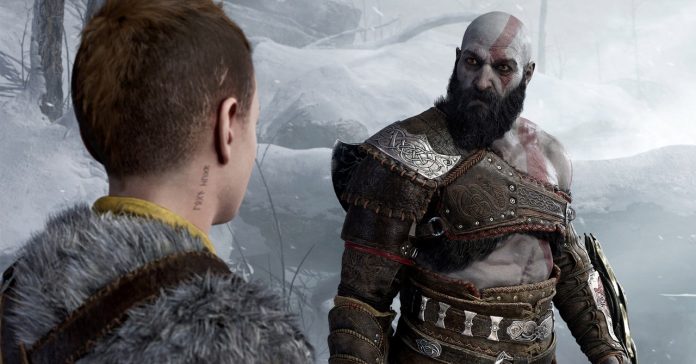 Fans have been anticipating God of War: Ragnarok since the release of the last game of the franchise, God of War, landed on consoles in 2018. There’s good reason for this: It’s fun as hell, and everyone wants to visit grumpy Kratos and his band of friends again.

Without question, I am one of those fans. There’s just one problem: I never finished God of War.

For a lot of people, this might not be an issue. If you’re screaming “Just dive in and experience the new one!” at your screen right now, I get it. But the God of War series is nuanced. There are many ins and outs when it comes to its characters, world, and lore. Playing without knowing all of them can lead to serious FOMO when a joyful character reunion or side plot point doesn’t hit the way it should.

Yes, I could pick up where I left off (after all, I really was enjoying the game). But it’s quite difficult, and full of complicated controls I don’t remember. (There is an Easy Mode, but even that is challenging.) And the reason I stepped away from it in the first place? There was a boss I couldn’t beat and wouldn’t be able to without some serious equipment upgrades—improvements I couldn’t get without winning the battle. It was a vicious cycle that I didn’t see any way out of. Basically, I got stuck, and I didn’t have a lot of interest in going back.

My solution: cheating. OK not cheating exactly. This isn’t a full-throated defense of cheat codes or hacks. Rather I’m just going to fire up some God of War YouTube playthroughs and not feel guilty about it.

When I first realized that I could just watch a 15-minute YouTube video instead of sitting through a game I wasn’t enjoying, it was a revelation. And it’s especially helpful for a situation like this, where I am invested in the characters and world but am at a standstill when it comes to actually playing it. I always try for two YouTube videos—one for story and one for gameplay. Even though the studio will likely tweak the controls in Ragnarok, a refresh on how the first one worked will always be helpful.

This sort of story explanation is especially useful for a huge franchise like God of War. The 2018 game was sort of a refresh of the franchise, an entry point for gamers like me, but it wasn’t a reboot. It was technically the fourth game in the series, so there was already a lot of story I’d missed. Going choose-your-own-adventure on some YouTube videos about the franchise makes filling in the blanks quite easy.

If you asked most “serious gamers,” they’d tell you these methods are wrong, that in order to understand the full story you have to play the game and earn that knowledge. And OK, that might be true. I’m fine with that. Oh, also: I don’t care.

Video games are something I do for fun, to relieve stress. I don’t need to earn my entertainment. I work hard to make money to pay for entertainment—that’s enough. Now, if you’ll excuse me, my Ragnarok countdown clock says I have 21 days until release, and I have a lot of videos to binge.

A man made millions unlocking T-Mobile phones with stolen passwords