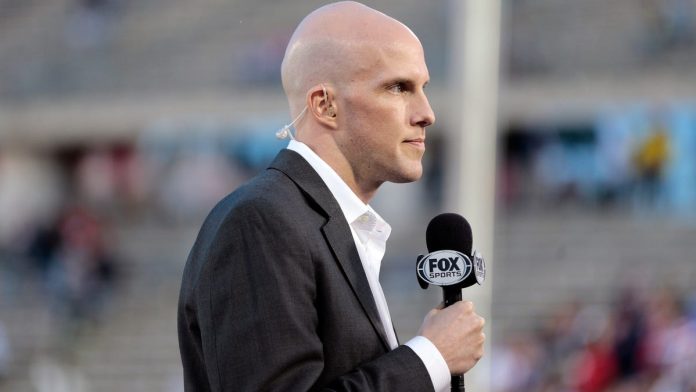 America’s most prominent soccer reporter, Grant Wahl, has passed away while covering the World Cup in Doha, Qatar, according to his brother, Eric.

Eric provided few details in his video, but said of his brother in the comments, “He collapsed at the stadium, was giving CPR, was taken by Uber to the hospital and died according to Celine. We just spoke to the State Department and Celine has spoken with Ron Klain and the White House.”

Grant Wahl’s wife, Celine Gounder, is a well-known doctor and medical journalist who served on the Biden-Harris Transition COVID-19 Advisory Board. She posted on Twitter Friday night:

Late last month, Wahl was briefly detained by Qatari officials while covering the World Cup because he wore a shirt supporting same-sex relationships:

Qatar’s reaction to Wahl’s progressive views caused some to call for an immediate investigation into his death. However, there is no information on the cause of Wahl’s passing beyond what has been shared by his family.

[Update]: Just this week, Wahl wrote in his newsletter that he had not been feeling well and visited a hospital while he was in Qatar:

“My body finally broke down on me. Three weeks of little sleep, high stress and lots of work can do that to you,” Wahl wrote. “What had been a cold over the last 10 days turned into something more severe on the night of the USA-Netherlands game, and I could feel my upper chest take on a new level of pressure and discomfort. I didn’t have Covid (I test regularly here), but I went into the medical clinic at the main media center today, and they said I probably have bronchitis. They gave me a course of antibiotics and some heavy-duty cough syrup, and I’m already feeling a bit better just a few hours later. But still: No bueno.”

This is a developing story. We will update with more information as soon as it become available.

Who will win today’s PKL match 18, and telecast details

The Antitumor Effects of Quercetin