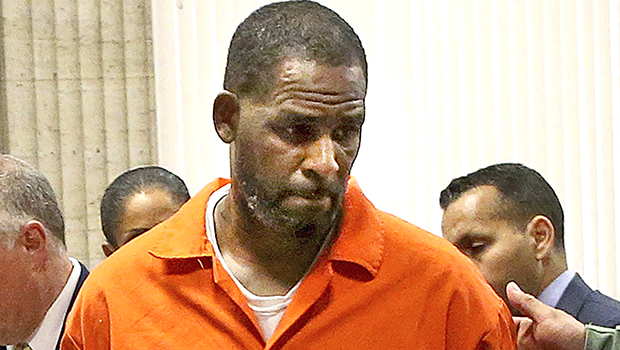 R. Kelly appeared to make a reference to his accusers and the sex trafficking charges that he was arrested for with the closing title track for his new album I Admit It. The singer, 55, included a three-part closer, which clocks in at around 18 minutes total, where he confesses to a number of faults, and he seemed to reference the sexual misconduct allegations that had been brought against him by multiple women.

On the track, Kelly admits to many faults, including cheating on partners and that he’d been a victim of sexual abuse himself, but certain lines appear to reference the incidents of abuse that he was charged with. “I done f**ked with a couple of fans,” he sings in the first verse, via Genius.

Besides the line about having relations with fans, he also claps back at his accusers and the coverage surrounding him, and he denies having done anything criminal. “You mad I’ve got some girlfriends,” he sings at one point. He also references his trial, where he was later found guilty. “They tryna lock me up like Bill,” he says, seemingly referring to Bill Cosby. He also denied having sexual relationships with underage girls.

“I Admit It” was first released in whole on SoundCloud in July 2018, months after the BBC documentary R. Kelly: Sex, Girls And Videotapes had aired. The track dropped almost exactly one year after journalist Jim DeRogatis published a lengthy report on Buzzfeed that three sets of parents had alleged that Kelly had held their daughters in an “abusive cult.” Kelly named Rogatis in the track and said he had been trying to “destroy me for 25 whole years,” referring to Rogatis’ coverage of him, dating back as far as 2000.

It’s not clear how exactly Kelly’s new album was released on streaming services. The copyright is listed as Legacy Recordings, which is owned by Sony Music, on Apple Music and Spotify. Kelly was dropped by Sony in 2019 after many allegations came out against him. A representative for the company explained that the version of I Admit It appearing on streaming is a bootleg and that it was not an official Legacy Recordings release, according to Variety.

Danny Masterson Rape Trial Ends With Hung Jury: Everything You Need To Know

Elite Season 6 Trailer: Las Encinas Is Out for Revenge

The Best Foods for Your Skin