Moonage Daydream, BMG and Live Nation’s David Bowie documentary, has grossed more than $12m this year at the box office 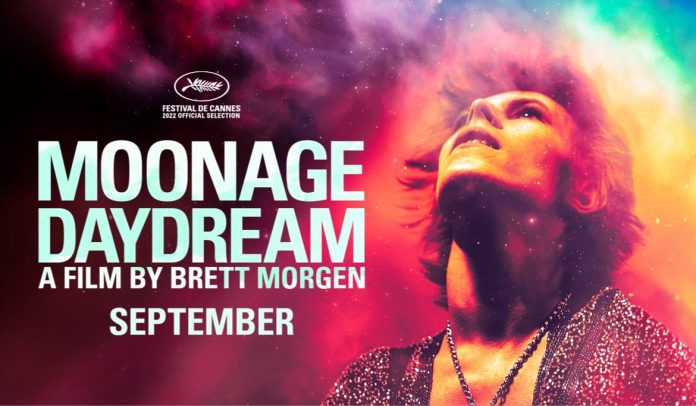 Moonage Daydream has been named the biggest-grossing documentary movie of 2022 in any category, generating over $12.2 million this year globally at the box office.

According to worldwide figures produced by BoxOfficeMojo, Moonage Daydream , which was released in September, has taken more than eight times the amount of money at the box office as the No.2 documentary movie of this year, 2000 Mules ($1.465m).

That result is an especially sweet one for music company BMG, which co-produced Moonage Daydream alongside Live Nation Productions.

Five years ago, BMG made a strategic expansion into music-themed filmmaking, opting to develop properties internally (and with partners) rather than acquiring a movie production company.

Since then, BMG has made and released music docs including DIO: Dreamers Never Die,  David Crosby: Remember My Name, the Joan Jett documentary, Bad Reputation; Rudeboy: The Story of Trojan Records; and Echo In The Canyon.

But Moonage Daydream, directed by Brett Morgen, is BMG’s biggest financial success in the film world so far.

BMG CEO Hartwig Masuch, who served as Executive Producer of the movie, responded to the film topping 2022’s global documentary box office chart, saying: “This is incredible news. To emerge with the largest-grossing documentary in any category, not just music, is a significant endorsement of our decision to build a films unit in-house rather than to acquire.

“It shows the BMG approach can deliver not just in music publishing and records but in film too. There is a lot more to come.”

“This shows the BMG approach can deliver not just in music publishing and records but in film too. There is a lot more to come.”

BMG and Live Nation Productions – the executive producers and financiers of the film – licensed US distribution rights for Moonage Daydream to Neon with Universal Entertainment International handling the movie outside the US. North America cable and streaming rights have been licensed to HBO Max.

Moonage Daydream draws extensively on Bowie’s 1970 to 1977 song catalog in which BMG has a 25% stake – including the likes of Changes, Starman, Ziggy Stardust, The Jean Genie, All The Young Dudes, Life on Mars, Rebel Rebel, Fame, Young Americans, and Golden Years.

EVP Global Repertoire Fred Casimir said, “Moonage Daydream elevates the art of the music documentary to a new level. Brett Morgen doesn’t merely depict Bowie and his music, he embodies it visually to create a new immersive experience. It is great to see that such a creative achievement can also be a commercial success.”

Other BMG-made films released this year included Angelheaded Hipster: The Songs of Marc Bolan and T. Rex which made its world premiere at the renowned Tribeca Film Festival in New York in May.

Apple is streaming the Yankees game for free, but the NY AG pines for cable TV