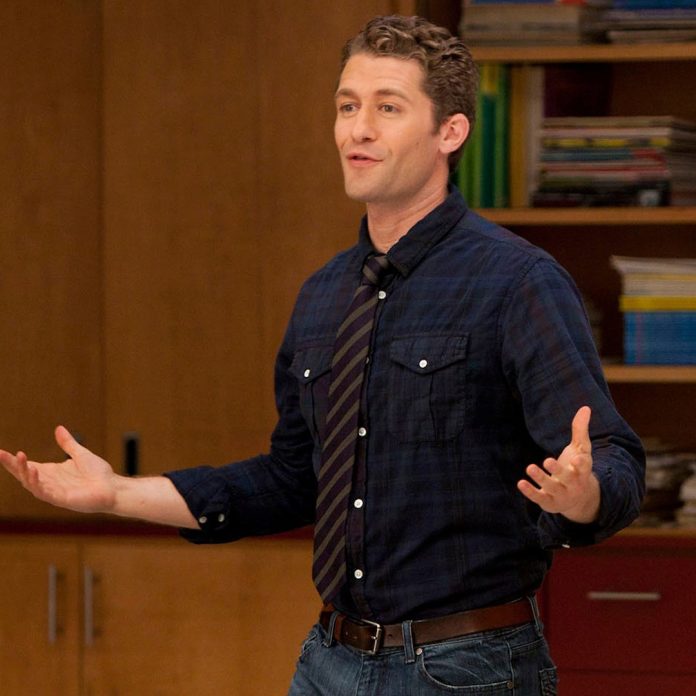 In the first episode of Jenna Ushkowitz and Kevin McHale‘s revamped podcast “And That’s What You REALLY Missed,” Glee creator Ryan Murphy revealed why Mr. Shue (Matthew Morrison) may not have been the best role model for the club in the pilot’s original script.

After receiving the pilot from a friend of writer Ian Brennan, Murphy explained how he was interested in turning it into a show—but wanted to turn it into something a little more lighthearted.

“Mr. Schue, I believe,” he said on Jenna Ushkowitz and Kevin McHale‘s new podcast And That’s What You REALLY Missed, “Was a crystal meth addict in Ian’s script.”

McHale asked Murphy if the teacher was also “touching the children” in the original pilot, to which Murphy responded with a resounding “yes,” summing it up as “the NC-17 version of show choir with a weird protagonist who was unraveling.”

“As soon as I read it, I was like, ‘Okay, well this is it,’ because what I loved was the idea of kids in high school,” Murphy said. “I just need to do something optimistic.”

What Does the ‘Best Evidence’ Say About Antidepressants?