Man Rewarded With Candy For Returning $4.8M Check To Haribo 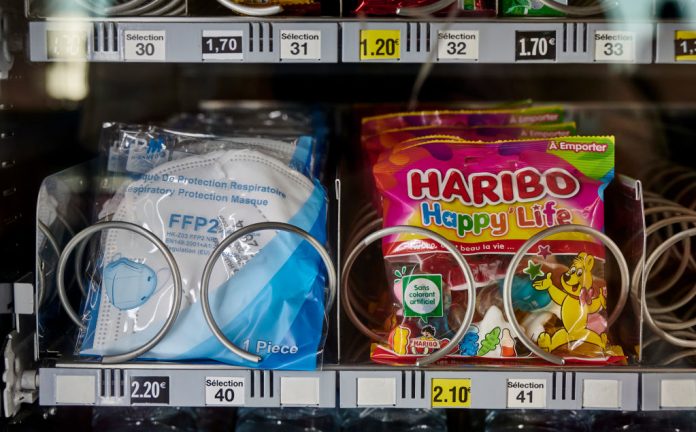 A German man’s good deed in returning a $4.8 million check to the candy company Haribo was “rewarded” with a mere box of gummy bears.

According to a story published in the German newspaper Bild, the man, identified only as Anouar G., was on his back home after visiting his mother as he made his way through the Bürostadt Niederrad light rail station stop in Frankfurt.

German Man Finds $4.8 Million Check Made Out To Haribo, Honorably Informs Them Of Situation

The check, which had been issued by DZ Bank, was issued by German supermarket chain Rewe to Haribo. Nevertheless, Anouar did the responsible thing and contacted Haribo telling them he had their check.

yall acting like you can just cash in a 4.7 MILL check and not raise red flags

A lawyer for the candy company quickly got back to him, who reported told him to destroy the check and send a photo to prove it, which he complied with.

Several days later, Haribo sent him a thank you note in the mail for helping them out, including a measly six bags of Haribo gummies for his troubles.

“Das fand ich schon etwas billig,” Anouar told Bild, which translates from German to English as: “I thought it was a bit cheap.”

Social Media Reacts To Measly Reward, With Many Split On If He Deserved More

Adding insult to injury, Forbes estimates that the company’s revenues “exceed $3 billion,” meaning they could have easily rewarded him with monetary compensation for doing the right thing, according to NBC Boston.

Reactions on social media were mostly split as to whether Anouar deserved a greater reward than what he got. Some commenters even said he deserves less than he already got

“Yall acting like you can just cash in a 4.7 MILL check and not raise red flags,” one person tweeted.

Another tweeted “so he exchanged a worthless piece of paper (worthless because they would have cancelled the cheque once it was lost) for 6 packs of sweets. That’s a decent deal for him.”

Haribo Spokesperson Says Company Was Never In Financial Danger, As Check Wasn’t Made Out To Good Samaritan

Meanwhile, many argued that not everyone would have been so altruistic and helpful in such a situation, which would have caused big problems for the candy company had he not been.

“I would’ve walked in the bank n been like ‘I am mr haribo,’” admitted one Twitter user. “Me walking to my new mansion, buggoti [sic] and woman who only wants me for my money after finessing 4.7 million from Haribo,” another wrote.

The company has yet to respond to TODAY Food’s request for comment, however the a spokesperson told a reporter at Bild and made an interesting counterpoint regarding Anouar’s actions, in tat the check was made out to Haribo, and not him, so the company was never in any kind of financial danger.

“Since it was a crossed check, nobody but our company could have redeemed it,” reads a translation of what Haribo told Bild about the matter. “It was our standard package that we send as a thank you.”

What do you think, Roomies? Should Anouar have been rewarded better for his kind deed?

EXCLUSIVE: Rihanna BURST INTO TEARS When Police Arrested Baby Father In Front Of Her!!

Scientism, Not Science, Rules the Roost