HomeEntertainmentLala Kent Says She Is ‘In Love’ After Her Split From Randall...
Entertainment 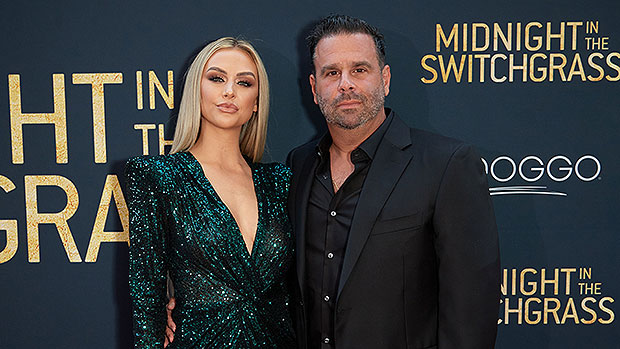 Lala Kent, 32, has officially moved on from her ex, Randall Emmett, 51! The Vanderpump Rules star told Sirius XM host, Jeff Lewis, 52, that she might be “in love” with someone new during an Oct. 7 interview. “Are you dating someone?”, Jeff asked, to which Lala replied, “No but I think that I might be in love with someone.” And when Shahs of Sunset star Mercedes Javid, 50, gasped, Lala said, “I know I don’t know how that happened!” The 32-year-old then shared that her new love is a local and that she fell in love with the 38-year-old when she saw his face.

“My friend’s been trying to hook me up with him for a long time and we finally met,” she said before adding, “we hung out like literally, that was the third time…we had a lot of fun.” Lala then went on to tell Jeff that her new man’s face is what sealed the deal for her. “I saw him very quickly and I was just like, ‘oh my god’ – the face, when the face hits right it’s like game over,” she gushed.

Mercedes couldn’t help but ask the reality TV personality, “OK what are you allowed to say about him?” And that’s when Lala gave the audience some juicy details, including the fact that he is 38 years old, has a job, and that he is “totally” age appropriate appropriate. “Younger than Randall would be more age appropriate,” Mercedes added. Lala then chimed in, “well I’ll never go that,” and then MJ cut her off to say, “old,” to which Lala said, “yeah.” The mom-of-one then got candid about her age difference with her ex, “20 years is a lot.” Lala then clarified with Jeff that now she wants to date someone “below 40.”

Aside from her mystery man’s age, she also shared that he is very “funny” and intelligent. “I love his brain – he’s a unicorn,” Lala quipped. Notably, she even admitted that she is so into this new guy that she wants to have his children! “I’m gonna need to have his baby or something,” Lala said, before Jeff told her, “Oh let’s slow down a little bit.”

Lala’s hot new romance comes about one year after she and Randall officially called it quits in Oct. 2021. The pair got engaged in 2018, and maintained their pre-marital status for three years. Randall, who is a film producer, popped the question to Lala in 2018 during a trip to Cabo San Lucas, Mexico. “This weekend has been an amazing one for the two of us! It was definitely the most romantic moment of my life. Every detail of the surprise was stunning and I’m still in shock,” she told PEOPLE at the time.

Randall was previously married to You actress Ambyr Childers, until their divorce in Dec. 2017, and in Jan. 2018, Lala and Randall went public with their romance. During their relationship, Lala gave birth to their daughter, Ocean Kent Emmett, 1, in March 2021.

Lala Kent & Randall Emmett: What Happened To Cause Breakup Of ‘Vanderpump’ Couple

HYBE share price plummets as BTS announce break. But could band’s hiatus actually be good news for the Korean company?