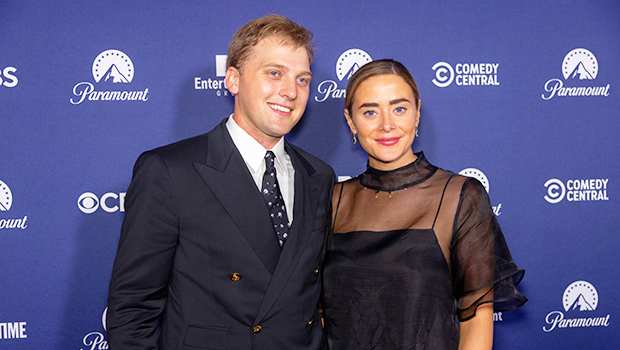 Congratulations to Naomi Biden and her new husband Peter Neal! The couple exchanged vows in a private wedding ceremony on Saturday, November 19, PEOPLE magazine reports. President Joe Biden’s granddaughter, 28, and her husband, 25, have been engaged for over a year, and they seemed very happy to tie the knot! The wedding was a historic first, marking the first-ever White House wedding for a President’s grandchild. The family is expected to continue with an all-day celebration with a luncheon at the White House and evening reception at the executive mansion with dancing.

Naomi announced that she and Peter would have their wedding at the White House in an April tweet. “Peter and I are endlessly grateful to my Nana and Pop for the opportunity to celebrate our wedding at the White House. We can’t wait to make our commitment to one another official and for what lies ahead,” she wrote. Before the two tied the knot, the president’s eldest granddaughter announced celebrated her bridal shower in August.

The couple announced that they were engaged with Instagram posts back in September 2021. Naomi posted a photo of the two, with her ring on display, with a caption that just read, “Forever,” with a white heart emoji. Peter posted the same shot of the two of them. Before their wedding, Peter posted a sweet photo of the two getting their marriage license on Thursday. “Gotta nail the money shot to secure the license to wed,” he wrote.

The newlyweds have clearly been very excited to get married. Back in September, Naomi posted a video of them working on their dance moves at the White House on her Instagram. Peter tried to twirl his wife-to-be, but they had some problems. Hopefully, they’ve practiced for their first dance as husband and wife!

The wedding comes after a successful midterm election for Naomi’s grandfather. While Republicans won control of the House, Democrats didn’t lose as many seats as projected, and they maintained control of the Senate. Naomi was clearly happy with the Senate victory in a tweet. “Democracy wins in the Senate. Never think your vote doesn’t matter,” she wrote.

Naomi and Peter join a historic group of people who have been married at the White House. They are the 19th couple to ever get married at the presidential residence. The first couple to get married there were Lucy Payne Washington, whose sister was First Lady Dolley Madison, and Supreme Court Justice Thomas Todd. The most recent wedding was between White House photographer Pete Souza and Patti Lease in 2013. Some other people who have said their “I do’s” at the White House include former First Lady Hillary Clinton’s brother Anthony Rodham in 1994, as well as President Richard Nixon’s daughter Tricia in 1971. President George W. Bush’s daughter Jenna Bush Hager also notably had a wedding reception at the White House a month after she married her husband.

‘I Can’t Go Against People I Admire’

Pete Davidson And His Sister Casey At Basketball Game Together: Photos – Hollywood Life

Airbnb is taking bookings to stay in a genuine Hobbit hole