HomeSports"It’s definitely been a mental obstacle trying to figure out what’s a...
Sports 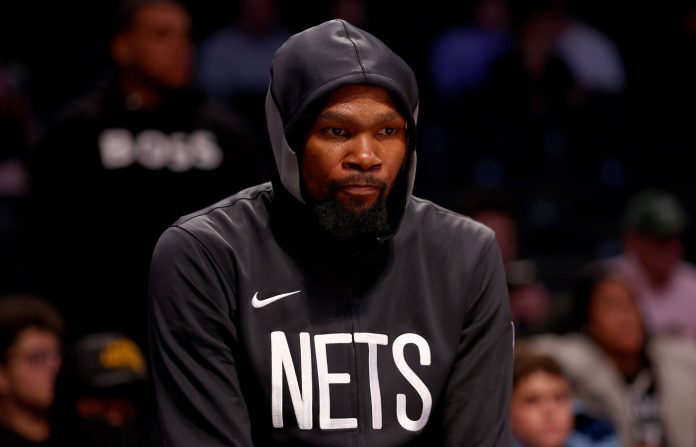 It feels like it was only yesterday when the Seattle Supersonics made Kevin Durant the second pick of the 2007 NBA draft. KD was only 19 when the then-college National Player of the Year turned pro.

Now entering his 16th season, the former MVP reflected on one of the biggest challenges he has had to face as he becomes older:

“Starting to get tricky, though, as I get older in age (34), because I’m starting to experience more as a man outside of me being an athlete. So, it’s like, ‘Where’s the balance?’ So, it’s just like I want to keep the balance of work and play. But at the same time, I’m just so excited to play the game, go out there and shoot a shot or work with my teammates.

“It’s definitely been a mental obstacle trying to figure out what’s a good balance between the two.”

Durant has already gained a reputation as one of the NBA’s most dedicated and tireless workers of his craft. Over the years, several former teammates have expressed amazement at his work ethic and relentless drive to simply get better.

For KD to reveal his struggles with balancing life and work is heartwarming. It opens a layer of a very human figure that’s distinct from the super athlete. Although the two-time NBA Finals MVP is a staple on social media, he rarely shows a glimpse of his genuine feelings.

Perhaps the presence of Tom Brady, who himself is reportedly going through a rough patch in his private life, was the catalyst for the reveal. The legendary quarterback is perhaps the best person to understand what Durant is going through.

The Tampa Bay Buccaneers signal-caller is playing his mind-boggling 23rd season in the NFL at the age of 45. Maybe Durant is trying to understand Brady’s balancing act and how he can use it to overcome that “mental obstacle.”

Kevin Durant continues to be a basketball geek

That Kevin Durant admitted to being obsessed with basketball was not a surprise. He wouldn’t have been able to hide it even if he wanted to. The surprise was that the self-proclaimed hoops “god” is human after all.

One thing was certain in Durant’s statement, though. KD’s mental obstacle was glaring only because he still has a consuming fire to be better at basketball. If the Brooklyn Nets forward no longer has the intensity to do the daily grind in the NBA, then those challenges will go away.

Fortunately for the Nets and the basketball world, it seems like Kevin Durant is still a basketball geek. He thoroughly enjoys the minute details, process and patience to hone his already incredible basketball skills.

Durant’s four-year extension just kicked in starting this season. He has only played a total of 91 games since signing with the Nets in the summer of 2019. If he manages to stay healthy, there’s no reason to doubt he will continue to be an elite player in the NBA.

Kevin Durant and fellow basketball superstar Kyrie Irving only have one playoff series win to show entering their fourth season together. Brooklyn will need both, particularly Durant, to be mentally and physically on top of their games to challenge for the championship.