HomeTechnologyHinge Will Try to Thwart Scammers With Video Verification
Technology

Hinge Will Try to Thwart Scammers With Video Verification 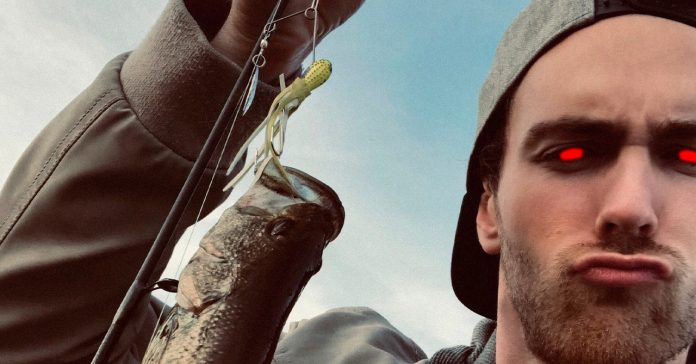 Match Group, which operates one of the world’s largest portfolios of dating apps, will soon add a new profile verification feature to its popular dating app Hinge. The feature is part of a larger effort to crack down on scammers who use fake photos and purport to be people they’re not on the app, often with the intent of eventually scheming romantic conquests out of money.

Jarryd Boyd, director of brand communications for Hinge, said in a written statement that Hinge will begin rolling out the feature, named Selfie Verification, next month. Hinge will ask users to take a video selfie within the app in order to confirm they’re a real person and not a digital fake. Match Group then plans to use a combination of machine learning technology and human moderators to “compare facial geometries from the video selfie to photos on the user’s profile,” Boyd said. Once the video is confirmed as authentic, a user gets a “Verified” badge on their Hinge profile.

The move comes after a recent WIRED story highlighting the proliferation of fake accounts on the Hinge dating app. These fake profiles are often peppered with glossy photos of attractive people, though there’s something off-putting about their perfection. The person has often “just joined” the dating app. Their descriptions of themselves or responses to prompts are nonsensical, a sign that a person may be using a translation app to try to connect with someone in their native language. And in many instances, the person on the other end of the fraudulent profile will urge their match to move the conversation off of the app—a strategy that allows them to maintain a dialogue even if the fraudster is booted off of Hinge.

By December, Selfie Verification should be available to all Hinge users worldwide, which includes people in the US, UK, Canada, India, Australia, Germany, France, and more than a dozen other countries.

“As romance scammers find new ways to defraud people, we are committed to investing in new updates and technologies that prevent harm to our daters,” Boyd said.

Hinge is one of many dating apps owned by Match Group, and it’s not the first to use a face recognition tool to try to spot fakes. Prior to this, Tinder and Plenty of Fish had photo verification tools. In August a spokeswoman from Match Group told WIRED that photographic verification would be coming to Hinge, OKCupid, and Match.com “in the coming months.”

Match Group has also emphasized that it has a Trust & Safety team consisting of more than 450 employees who work across the company’s many dating apps, and that last year Match Group invested more than $125 million to build new technology “to help make dating safe.” Four years ago, it created an advisory council to come up with policies to prevent harassment, sexual assault, and sex trafficking.

The company’s rollout of video verification tools on Hinge are long overdue—and may not be foolproof. Match Group has also not yet responded to a series of follow-up questions, so it’s unclear whether the video verification feature will be a requirement for all Hinge users or optional.

Maggie Oates, an independent privacy and security researcher who has also programmed a game about sex work and privacy called OnlyBans, says in an email that she strongly believes biometric authentication should be optional and incentivized in dating apps, but not required. A multi-pronged verification approach might be more effective, Oates says, with the added benefit of giving users options. “Not everyone is comfortable with biometrics. Not everyone has a driver’s license. Online identity verification is a really hard problem.”

And she believes that relying solely on facial recognition technology for profile verification will only last for so long.

Waze Carpool to Shut Down as Commutes Drop Off

Hear what Louis Tomlinson Thinks of a One Direction Reunion

Netflix’s Tudum Global Fan Event: How to Watch Live Today and What to Expect