HomeBusinessHere's what Elon Musk said at a conference on the same day...
Business 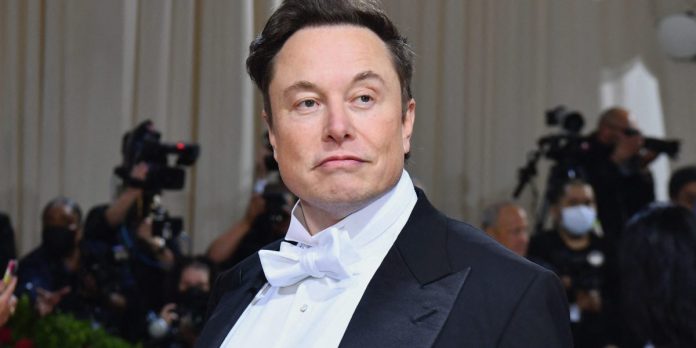 When he wasn’t laying off Twitter employees today, Elon Musk appeared at a conference where he joked that he’d had second thoughts about buying the social media giant he’s now racing to overhaul.

“I tried to get out of the deal, it was like that scene from ‘The Godfather,’” he said at the Baron Investment Conference in New York City according to Insider.

Musk was likely referring to Al Pacino’s famous line from The Godfather Part III: “Just when I thought I was out they pull me back in.”

After reaching a deal to buy Twitter in April for $44 billion, Musk tried to back out because of what he described as the huge number of “bot” accounts on the platform. Twitter sued Musk in an attempt to force the sale and ultimately got what it wanted when Musk capitulated.

“I mean I think most people would say, given how [the] market has evolved this year, the price is on the high side,” Musk acknowledged on stage at the conference.

Indeed, the price tag was far above the platform’s value, according to Wedbush Securities tech analyst Dan Ives. In a note to clients, Ives called the purchase “one of the most overpaid tech acquisitions in the history of M&A deals on the Street,” arguing that a fairer price would have been $25 billion.

Now, a week into his takeover, Musk is making deep cuts at Twitter. Bloomberg previously reported that he plans to lay off about 3,700 workers, or 50% of the workforce.

At the conference, Musk said he expects the job cuts to save the company $400 million a year, Insider reported. But he otherwise didn’t go into detail about the layoffs, news reports said.

The world’s richest man also mused about the work ethic of the wealthy—drawing an implicit contrast with himself. He’s the CEO of three different companies: Twitter, Tesla, and SpaceX; the founder of two others, tunneling startup The Boring Company and brain chip startup Neuralink; and claims to be a workaholic.

“So as a company has prosperity and then people become wealthy, then for a lot of people once they become independently wealthy they just can’t bring themselves to work or they just don’t want to work,” Musk said. “And that’s totally understandable and no judgment. I mean I have a lot of friends who are extremely talented and they had some success earlier in life and they just decided that was enough for them.”

Sign up for the Fortune Features email list so you don’t miss our biggest features, exclusive interviews, and investigations.

Telegram’s Premium subscription is here and it costs $4.99 / month

Deion Sanders speaks out on water shortage at JSU