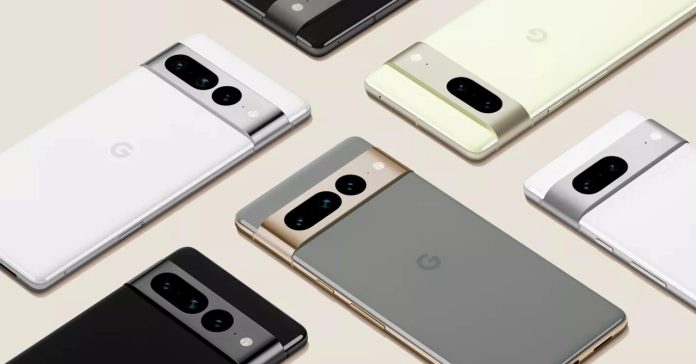 That’s thanks to the new Tensor G2 chip powering these devices. It’s the second generation of Google’s custom processor. In terms of general, everyday performance, I’ve never seen a stutter or blip. It’s not the most powerful chip for gaming, but it handled Genshin Impact, one of the most demanding titles, pretty well with graphics settings set at medium and 60 frames per second. It’s the next-gen Tensor Processing Unit in the G2 that impresses more because it makes all these smart features work a bit faster. Night Sight, for example, is twice as fast than it was on the Pixel 6, and the speed improvement is noticeable when you’re standing still taking a low-light photo.

One new G2-powered feature is Photo Unblur, which takes your old photos—shot from any camera, even an old point-and-shoot—and sharpens them up using machine learning algorithms. It’s impressive if a bit hit or miss. Some of these images look like a painter has gone in and tried to fill in some of the details to increase sharpness, but there are others where it decidedly improves the photo and makes them shareable.

I also want to highlight that Google has been leading the charge in making phone calls better, and one of its new additions is an update to Direct My Call. This feature launched last year and will transcribe the menu options when you call popular 1-800 numbers so you can see them on your phone screen. Now, Google’s using its Duplex technology to cache this data so that when you call JetBlue’s customer service, for example, you won’t have to wait for the automated robot to run through all the menu options. The options will populate immediately on the phone screen. It worked with JetBlue for me, and it’s absolutely awesome. Any time saved on a customer service call is a win.

You can read exactly what changes Google made to these Pixel cameras here, but in short, the Pixel 7 maintains the same dual-camera system as last year’s model, and the Pixel 7 Pro sees more new updates, with a autofocus ultrawide camera for a new Macro Focus mode and an improved telephoto with 5X optical zoom for greater zoom levels. Both phones have a new 2x zoom mode that leverages the full sensor of the primary camera—not unlike what Apple introduced on the iPhone 14 Pro—and Google has upgraded its Super Res Zoom algorithm so that zoomed-in photos you take of objects far away look pretty impressive.

The Pixel 7 has a better camera than the standard iPhone 14. Apple put too many of its camera upgrades in the Pro models, and the results are evident.

Honestly, these cameras are fantastic. I spent the past few days walking around New York City with them. I carried the iPhone 14, iPhone 14 Pro, and the previous Pixel 6 Pro to see how they all fare in comparison. I analyzed all the photos on my monitor when I got back home. You won’t notice a tremendous difference from the Pixel 6 series, but the Pixel 7 manages to match and beat out its Apple competitor in a number of situations, though naturally, Apple has some wins too. One thing is for sure, the Pixel 7 has a better camera than the standard iPhone 14. Apple put too many of its camera upgrades in the Pro models, and the results are evident.

The highlights for me are the improvements Google has made to Real Tone, which uses image datasets curated by people of color around the world to help the Pixel camera take more color-accurate photos of skin tones. It still delivers here, easily besting the iPhone for skin tone accuracy, particularly in low light. My partner, who is Chinese, preferred the photos I took of her on the Pixel more than the iPhone. “I’m less red!” she said.

Share
Facebook
Twitter
Pinterest
WhatsApp
Previous article
What is zero-based budgeting? It could help you stay out of debt
Next article
Josh Cavallo: LGBTQ safety should be considered by FIFA when awarding World Cup hosting rights | Football News

Will You Get Your Money’s Worth With Hair Growth Vitamins?