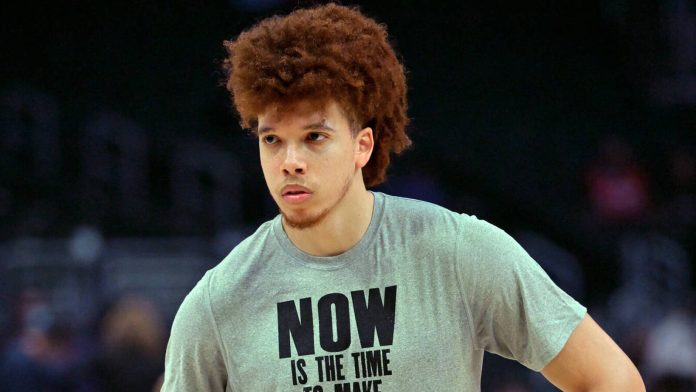 Five years ago, Preston was writing for the Pistons Powered blog and averaging two points per game for his high school team. When he enrolled in the University of Central Florida, it wasn’t to play basketball – he was a journalism major. But then Preston grew four inches, to 6-foot-4, and enrolled in prep school, where he played on the “C” team.

How did he get noticed? The same way many bloggers do: He posted his clips to Twitter.

Preston made his own highlight video and posted it to Twitter, which led to a scholarship offer from Ohio University. By his junior year, he was leading the Bobcats to the NCAA Tournament, where they upset fourth-seeded Virginia in the first round. On draft night, the Clippers traded for Preston after the Magic selected him with the No. 33 pick.

It’s one of the most improbable paths to the NBA of all time, on the level of the late Mark Eaton going from 21-year-old auto mechanic to two-time Defensive Player of the Year. Preston lost his mother to cancer when he was in high school, lived with the son of his mother’s friend, and scratched and clawed his way into pro basketball, working as his own hype man.

Preston missed all of his rookie season after foot surgery, but he’s slowly making his way into the Clippers’ rotation. He’s only played two games so far, but by now, no one should bet against Preston’s tenacity and desire.

How I Manage My Bipolar Depression