EUR/USD down, analysts warn of potential December correction By Investing.com 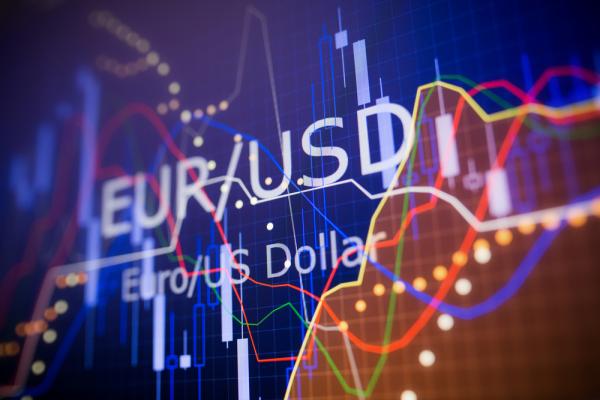 Investing.com — strengthened again yesterday, marking a high of 1.0595 by midday, but then posted a correction to a low of 1.0477 this Tuesday morning.

Positive sentiment on hopes for a reopening of the Chinese economy, and dollar weakness on the prospect of a slowing supported the EUR/USD in the early part of the day yesterday, before profit taking halted the rise as the currency pair approached the key 1.06 level.

U.S. data support the dollar, at the expense of EUR/USD

The release of strong U.S. data supported the dollar, and accelerated the fall of the EUR/USD, as the index, , and all came in above expectations.

Shortly after these releases, an article by Nick Timiraos, a Fed specialist at The Wall Street Journal, who is currently considered to be the most accurate analyst on the central bank’s intentions, also provided arguments to the dollar bulls.

Referring to the solid wage gains in last week’s , Timiraos wrote that the wage increases could lead the Fed to continue to raise wages at higher-than-expected levels.

He also pointed to the December 13 as a key event, which could lead to another 50 basis point hike in February if the numbers are better than expected, given that for now the market’s base case for the February FOMC meeting is a 25 basis point .

Banks doubt that the EUR/USD will continue to rise

The question now for EUR/USD in the face of the beginning of the correction seen since yesterday is whether this is a simple breather, or a broader correction is to be feared for the rest of December.

Seasonality is in favor of the upside, as the EUR/USD has posted a positive monthly balance (averaging +1.5%) in 15 of the 23 December months since the creation of the single currency.

However, while the EUR/USD jumped more than 5% in November, signing its best month since 2010, the risk is that the immediate bullish potential has already been exhausted, and a correction looms.

“The seasonal euro bias is strong but the rally in October and in particular November may mean the move has started earlier than usual,” said Derek Halpenny, an MUFG analyst, quoted by Bloomberg.

He expects EUR/USD to return to parity in early 2023, saying “the fundamentals for a sustained selloff of the US dollar are not yet really in place.”

For its part, ING Bank warned that issues related to rising energy prices could return to the forefront, which would weigh on the euro.

“Given the high sensitivity of EUR/USD to the eurozone’s terms of trade (which is primarily driven by energy prices), further upside risks for energy commodities equal downside risks for the euro,” ING wrote.

Finally, it should be noted that not all banks are of the same opinion, as Société Générale wrote yesterday, “Year-end short covering and market bias to be upbeat about 2023 should help the euro,” recommending a buy of the EUR/USD pair with a target of 1.10 by year-end.

‘I did have a big ego’: John Mack reflects on a life spent on Wall Street

Britain’s Next cuts guidance on macro outlook By Reuters