Darrell Brooks Found Guilty On For Driving Into Waukesha Parade 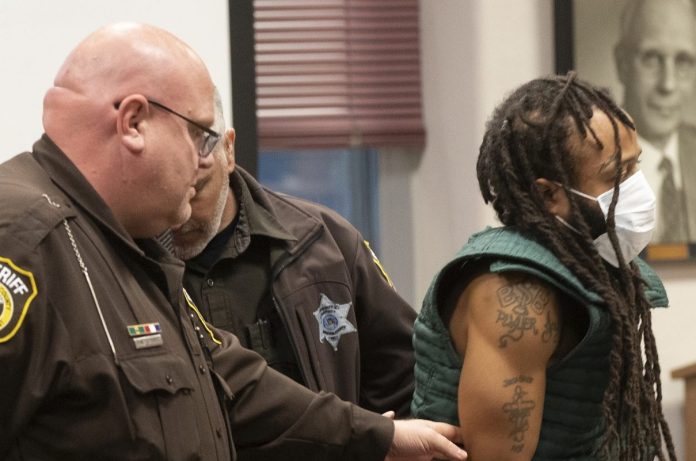 After a lengthy 18-day trial, Darrell Brooks was found guilty of six counts of first-degree intentional homicide, according to CNN. As we previously reported, he drove his SUV into a crowd of Christmas parade attendees in Waukesha, Wisconsin, last November, killing six people and wounding dozens more. As we previously reported, the victims were identified as; Virginia Sorenson, 79; Leanna Owen, 71; Tamara Durand, 52; Jane Kulich, 52; and Wilhelm Hospel, 81. Unfortunately, the youngest victim, eight-year-old Jackson Sparks, passed away.

His family announced via the GoFundMe page in November 2021, writing, “This afternoon, our dear Jackson has sadly succumbed to his injuries and passed away,” an update posted to the page said days after the attack. Darrell will have a long time to reflect on his actions as he faces a mandatory sentence of life in prison for the convictions. He also was convicted of 61 counts of recklessly endangering safety with the use of a dangerous weapon—six counts of fatal hit and run. In addition, he received two counts of felony bail jumping and one count of misdemeanor domestic battery.

Darrell has been trending for days leading up to his guilty verdict for his shenanigans in court. The forty-year-old represented himself in court and was combative throughout the trial. He repeatedly spoke over Judge Jennifer Dorow and made outlandish arguments.

Take a look at one of the clips that CourtTv streamed on Tuesday.

Judge Dorow talked about Darrell’s behavior after he was removed from court for the prosecution’s closing arguments due to interruptions. She called him “stubbornly defiant.” Judge Dorow said, “He continues to not respect the fact that a ruling has been made, and he wants to argue and reargue and reargue points that this court has already gone over.”

Roommates, we will keep you updated on his sentencing.