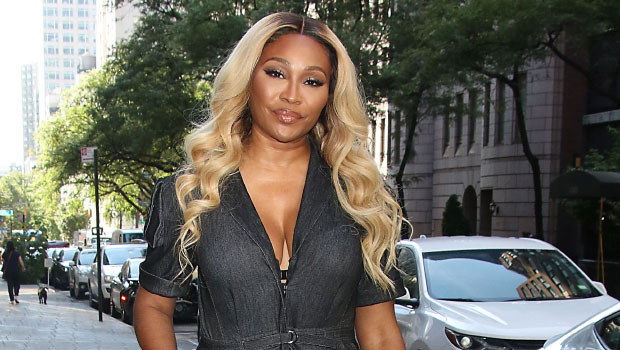 The Real Housewives of Atlanta alum Cynthia Bailey has learned that her time on the show produced some incredible friendships, as her former co-stars and women from other Housewives franchises are circling their wagons after she announced her divorce from Mike Hill. A source EXCLUSIVELY told HollywoodLife that Cynthia is “holding up really well so far” with all the love and support she has received from her Bravo family.

“Several of Cynthia’s RHOA costars and other women from the Housewives franchise have reached out and showed their support after they heard that Cynthia and Mike were getting a divorce,” the source began.  “Kenya (Moore), Eva (Marcelle), Kandi (Buress), Porsha (Williams), and Gizelle (Bryant) are just a few of the ladies that have been in touch with Cynthia.” As fans will remember Kenya, Eva and Kandi were all bridesmaids at the Oct. 10, 2020 nuptials in Georgia, which was captured on Cynthia’s last season on the Real Housewives of Atlanta.

The insider continued, “Despite their split, Cynthia is actually holding up really well so far. She has so much positivity in her life including her family, and she’s happy putting all her focus into her career including acting, her ambassadorships, modeling, etc.” The source went on to say Cynthia is most excited about her acting endeavors. “This is a bump in the road and she’s confident she’s going to be just fine,” they added. “At the end of the day, Cynthia is grateful for all her blessings.”

It certainly appears all the well-wishing has done quite a bit of good for the former model, as Cynthia was spotted out at Larry Flynt’s Hustler Club in New York City on Thursday, Oct. 13 with fellow Housewives Dorinda Medley and Meredith Marks, according to Page Six. A source for the outlet said Cynthia was “all smiles and giggles throughout the night.” The trio stayed for about an hour at the strip club before heading out, per the news source.

Just two days before the Bravo ladies‘ fun night out, Cynthia and Mike released a statement saying it was a mutual decision to end their two-year union. “We have decided to go our separate ways,” they shared to ET. “No one is to blame, and we are grateful that we remain good friends.”

The pair, who first met at The Steve Harvey Show, got engaged in 2019 after 14 months of dating. Cynthia’s previous marriage to Peter Thomas was also featured on The Real Housewives of Atlanta, including its demise. Mike was reportedly previously married as well.

Four Sweet Potato Desserts You MUST Try This Holiday Season