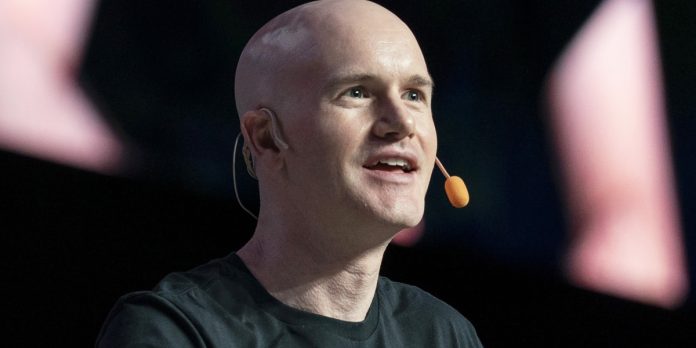 Coinbase Global Inc. Chief Executive Officer Brian Armstrong said the cryptocurrency exchange’s revenue is set to be cut by half or more this year as declining prices and the collapse of rival FTX rattle investors’ confidence.

The rapid downfall of FTX capped what was already a brutal year for the cryptocurrency industry, with speculators in retreat as prices of some of the most frequently traded tokens tumbled. Coinbase’s shares have fallen more than 80% in 2022 and the company’s third-quarter revenue was about one-fourth of what it was during the last three months of 2021, when the price of Bitcoin peaked.

“Last year in 2021, we did about $7 billion of revenue and about $4 billion of positive EBITDA, and this year with everything coming down, it’s looking, you know, about roughly half that or less,” Armstrong said in a wide-ranging interview on Bloomberg’s “David Rubenstein Show: Peer-to-Peer Conversations,” when asked about the company’s revenue. In additional comments provided after the interview, a Coinbase spokesperson further clarified that they expect 2022 revenue to be less than half of 2021 revenue.

Coinbase has previously indicated it may see a 2022 loss of no more than $500 million based on adjusted EBITDA, a measure of earnings that excludes certain costs like interest and depreciation. The company didn’t previously provide a full-year outlook for overall revenue, but Armstrong’s estimate is in line with the approximately $3.2 billion expected by analysts, according to data compiled by Bloomberg.

Armstrong said the demise of Sam Bankman-Fried’s FTX appears to have been the result of a “massive fraud” rather than mismanagement or accounting mistakes, as Bankman-Fried has conveyed in interviews since the bankruptcy. Bankman-Fried has not been charged with any wrongdoing.

“It appears that they took customer funds from their exchange and actually commingled them or moved them into their hedge fund and then ended up in a very underwater position,” Armstrong said. “And that was, I believe, against their terms of service and against the law.”

Prior to his downfall, Bankman-Fried advocated for crypto-friendly policies during his frequent visits to Washington, D.C. and was a major donor to Congressional races.

“I think there’s some really serious questions to be asked now about should some of that money be clawed back because it appears that it was stolen from customers,” Armstrong said.

Despite the fallout from FTX, Armstrong said he plans to continue advocating for the industry on Capitol Hill and predicted that crypto-specific legislation could still get enacted over the next year. Regulations around stablecoins, centralized exchanges and custodians, as well as clarity on the definition of commodities and securities, should be among top focus, he said.

“There’s still probably 20%, I would say, of Congress where they’re either just very hostile to it, or are just ignorant of it, but it’s not the majority view at this point,” he said of cryptocurrencies. “We can hopefully get something there in the US and then go for the rest of the G20 as well.”

Our new weekly Impact Report newsletter will examine how ESG news and trends are shaping the roles and responsibilities of today’s executives—and how they can best navigate those challenges. Subscribe here.

It Takes Two: How Couples Maintain Love and Intimacy When One of Them Has Lupus