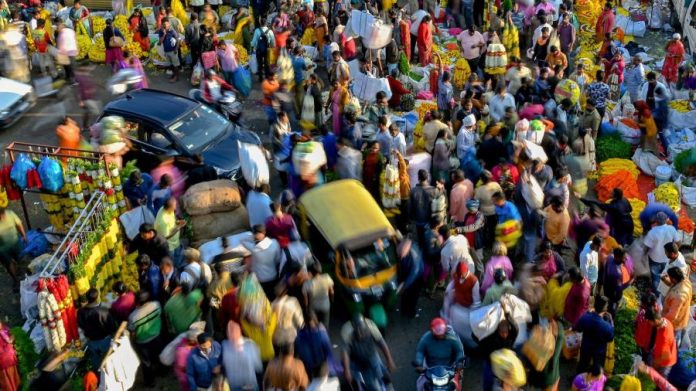 A small selection of big cities has been the driving force behind more than half of the global economic growth this century, new data show.

A McKinsey Global Institute analysis of more than 178 countries showed that half of the increase in global output over the first two decades of the millennium was generated by regions making up less than 1 per cent of the world’s landmass.

While cities have always played an outsized role in driving economic development, the data highlight the degree to which growth was concentrated in places such as Shenzhen and Guangzhou in China, Delhi and Bangalore in India, and Los Angeles and Dallas in the US.

The research showed growth was geographically dispersed, with the top contributors scattered across 130 countries located in every continent, with the most prosperous regions in poorer countries often having more in common with cities in advanced economies than their neighbours.

Porto, in Portugal, and Mapusa, in India, had similar GDP per capita in 2019, despite Portugal being more than five times richer than India.

Around 700mn people from poorer countries lived in high-growth regions. The places driving global growth were as diverse as São Paulo in Brazil, Lagos and Ibadan in Nigeria, Bucharest in Romania, and Bogor in Indonesia.

Lamia Kamal-Chaoui, director of the OECD Centre for Entrepreneurship, SMEs, Regions and Cities, said the Paris-based organisation’s research found that the most productive regions in a country, typically large cities, were now on average twice as productive as the least productive regions. “Inequalities between places have grown over the last two decades,” she said.

About 2bn people, or 27 per cent of the global population in 2019, lived in the regions that drove half of global growth.

McKinsey found that from 2000 to 2019 about 1.1bn people in China and nearly 1bn in 75 other countries — including Egypt, Brazil, Colombia and India — reached a high standard of living, defined as a state in which life expectancy exceeds 72.5 years and annual real GDP per capita income is greater than $8,300.

The study also revealed the flipside of many cities’ success stories: the areas with falling living standards.

About 600mn people lived in regions where GDP per capita declined over the past two decades. While a fall in GDP per capita is a rare event at a national level, with declines mostly concentrated in parts of Africa that have seen populations boom, regions that have witnessed declines were spread across 100 countries, including G7 economies such as the US, France, Canada, Italy and Japan.

McKinsey combined official data with new research techniques, such as satellite-enabled luminosity studies, which measure activity based on the amount of artificial light emitted, to draw the conclusions.

Economists are increasingly turning to “big data” to better understand what drives growth. Kamal-Chaoui said the capacity to analyse local trends was “hugely important” and that the OECD was working on new indicators of activity that would use satellite observations and other innovative sources.

Economists held mixed views on whether the coronavirus pandemic would reverse the trend highlighted by the McKinsey analysis.

“An open question today is whether the shift to remote and hybrid work in some sectors has reduced the benefits from spatial agglomeration, potentially reducing the wedge between core versus peripheral regions,” said Bluedorn.

However, Mario Polèse, a professor at Canada’s Centre Urbanisation Culture Societé, said Covid-19 had not changed the relationship between urban areas and economic dynamism, but had instead accelerated “the expansion of the city’s outer frontier”.

House of the Dragon: Rhaenyra & Daemon Are Finally Together

‘Behind closed doors’ Hungary vs England to have 30,000 crowd despite UEFA ban for racist abuse | Football News

SBF agreed to testify in Congress. Here’s what lawmakers are thinking about crypto legislation