HomeSportsBarry Bonds is deserving of a Hall of Fame exemption
Sports

Barry Bonds is deserving of a Hall of Fame exemption 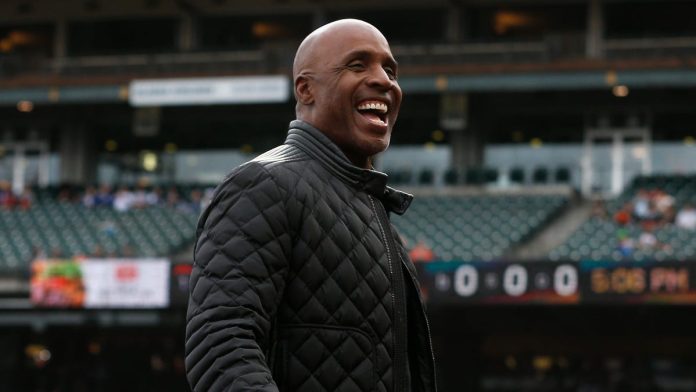 At best, it’s a crapshoot.

On Sunday, there’s a vote by the Contemporary Baseball Era Committee. And there’s a chance it can do what the BBWAA failed to do: Put MLB’s all-time home run king in Baseball’s Hall of Fame.

Barry Bonds and Roger Clemens are among eight players who will appear on the Baseball Hall of Fame Contemporary Baseball Era ballot for the Hall’s Class of 2023.

The vote will cover players whose greatest contributions came from 1988 to 2016.

Basically, these are players who didn’t get the necessary 75 percent of the votes from the writers who cover the sport on a daily basis.

Some look at it as a chance for players who have been overlooked to get another shot.

G/O Media may get a commission

In reality, it’s the backdoor.

If Bonds gets in this way — the results will be announced at 8 p.m. — some will celebrate and be happy.

But it won’t have the same feel, or prestige.

To this day, the Baseball Hall of Fame is the hardest hall of all the major sports to get in. And let’s be frank, the only one fans care about.

So many other halls have become laughingstocks because anybody and everybody is being let in these days. Baseball was headed that way, too.

It wasn’t long ago that the HOF disbanded the old Veteran’s Committee. Most of the players that many wonder how they got into the Hall came from the committee of former executives, broadcasters, and players.

It became a buddy club. A lot of former players who turned broadcasters were enshrined. Oftentimes when fans debate who belongs in the Hall, they will use a player as an example and say if they are in that their favorite player should be in.

And often when researched, you realize the questionable player was a veteran’s committee guy. And they weren’t voted in by the writers.

That’s what’s wrong with the process.

If you can’t get in after 10 years on the ballot, you aren’t a Hall of Famer.

For the record, I voted for Bonds all 10 years he was on the ballot.

For sure, he was the greatest hitter I ever saw. His career stats are through the roof, including seven MVPs and 762 homers, the most in the game.

And I’m not dismissing the elephant in the room. But Bonds was never suspended by the league. All of his stats count. Bonds was caught up in an era where many players were either on the juice or tried it. Check the Mitchell Report. It was widespread, meaning Bonds was more than likely facing pitchers on the stuff, too. Hence, it was more of a level playing field than people want to admit.

It wasn’t like he was the lone wolf out there.

Plus, there are other players rumored to be connected to the juice who have gotten entrance into the hall by the writers’ vote, including Mike Piazza, Jeff Bagwell, and Ivan Rodriguez. Rodriguez was even mentioned in Jose Canseco’s book that blew the lid off the steroid scandal. Yet, Pudge got in on his first ballot.

We know why Bonds has been reduced to trying to get into the hall this way. Last winter, Bonds, and Clemens each failed to be elected by the writers on their 10th and final time on the ballot.

Their connection to steroid use derailed their obvious first-ballot status into the HOF.

This committee — made up of 16 Hall of Fame players, team executives, and journalists — that will take another look at Bonds considers eight candidates. A candidate must get at least 12 votes — 75 percent of the electorate. That’s the same standard set by the BBWAA in order to get into Cooperstown through the front door.

Still, you can’t be convinced Bonds’ peers will get him in. And even if they do, it won’t resonate with most. And that’s a shame.

Five Franchises In Inaugural Women’s IPL To Be Unveiled On January 25: Report