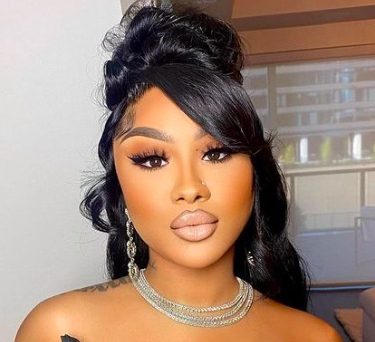 Roommates, Ari Fletcher is opening up about losing her Savage X Fenty deal. On an episode of the new docuseries ‘The Impact ATL’ which she stars in alongside Jayda Cheaves, Arrogant Tae, Lakeyah, and Dess Dior she got real. The Chicago Native explained that she lost access to her Instagram page and lost a big bag from the lingerie company over negative Domestic Violence comments.

If you recall, in January, Ari faced backlash after appearing on an episode of Mona’s podcast, “Don’t Call Me White Girl.” On the podcast, she discussed her relationship with Moneybagg Yo. She jokingly said that she likes for her man to pull a gun out on her to “tame her” when she’s upset. Following the interview, many were upset with Ari, however, her approach to the criticism didn’t come with an apology.

The influencer admitted the comments resulted in her being dropped from Rihanna’s company and losing out on $150,000. She explained it was a good lesson for her and needed it. Ari added that she knows that she can’t always depend on other brands and needed to have her own products to  promote. It looks like the situation may have allowed her to focus on her cosmetic line, Remedy By Ari.

The company recently released a line of lip glosses, eyeshadows and other products.

Roommates do you think Savage X Fenty made the right choice dropping Ari?

FIFA To Ask All Countries To Name A Stadium For Pele