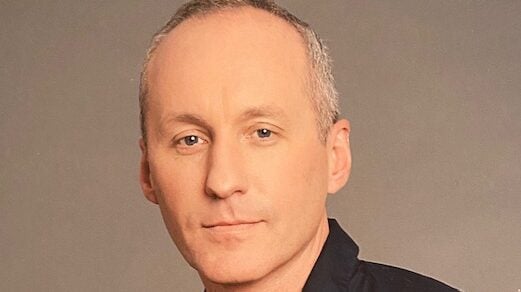 In his new role, Terry will lead the company’s expansion in the UK and Continental Europe, focusing on developing deeper relationships with artists, managers, distributors and independent labels, beatBread said in a Tuesday (December 6) release.

Prior to joining beatBread, Terry held roles including General Manager of Virgin Records UK, and Atlantic Records-UK, and as Co-President of Columbia Records-UK, where he worked with artists including Daft Punk, Ed Sheeran, Calvin Harris, Massive Attack and George Ezra.

He will work in close collaboration with Matthew Tilley, Head of beatBread’s Artist & Industry Development.

Since launching in November 2020, beatBread says it has paid advances to almost 500 artists and labels across multiple genres, six continents, and a broad range of career stages, via its chordCashAI technology.

Advances offered through beatBread range from $1,000 to as much as $2 million per artist for a limited share of existing catalog revenues, with options also available for unreleased music.

Last month, the company launched what it describes as “an exclusive investor network” adding funding from music companies and professionals, distributors and ‘high-net worth’ individuals to its existing pool of institutional capital.

In August, beatBread formed new “white label agreements” with 11 music distributors based in North America, Europe and Africa, allowing the firms to use the chordCashAI technology to offer automated advances.

In June, the company said it closed its biggest deal on record, announcing a “seven figure artist financing deal” with singer-songwriter Elley Duhe, and Not Fit For Society, her management company and independent label.

The expansion into Europe came just weeks after beatBread completed its $100 million institutional funding agreement to support deals for artists.

“Mark has a depth of relationships and experience that will immediately expand beatBread’s footprint, but he will also be a key contributor in the further evolution of our product offering.”

beatBread CEO Peter Sinclair said: “We are very excited to add such a respected and experienced leader to our team.

“Mark has a depth of relationships and experience that will immediately expand beatBread’s footprint, but he will also be a key contributor in the further evolution of our product offering, enabling us to fund a wider segment of the market with an even broader set of options. We’re excited to have him on board.”

Added Sinclair: “We’ve built a significant business in the UK already, and have seen growth in partnerships across the rest of Europe, but we’re just getting started.”

Mark Terry added: “beatBread’s funding approach reflects the way that artists are thinking today. Legacy major label deals fit the realities of an era that has passed, and new structures and more flexible approaches are needed.  In today’s industry, creators don’t want to, and shouldn’t have to, give up ownership and control to advance their careers,”

The executive added: “When I was introduced to the flexible and transparent funding options that beatBread provides and saw the actual amounts that the company could offer, I was intrigued.  But when I met with the team and understood their mission, I was sold. I couldn’t be more excited to play a role in helping the company to deliver on its ambitious artist empowerment goals.”