‘A Fire Upon the Deep’ Is Mind-Blowing Space Opera 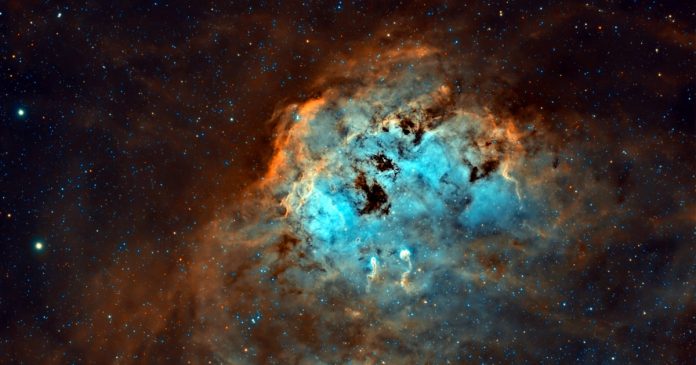 Vernor Vinge’s 1992 novel A Fire Upon the Deep is a treat for fans of galaxy-spanning adventure. Science fiction author Mercurio D. Rivera was particularly impressed by the book’s portrayal of the Tines, a race of doglike aliens.

“What stood out in my mind when I read the book 25 years ago was the Tines, the aliens on this world, the pack minds that he creates for these aliens,” Rivera says in Episode 530 of the Geek’s Guide to the Galaxy podcast. “It blew me away at the time, and it stayed with me all these years. That’s what I was looking forward to when I read it now. It’s just amazing the way he pulls it off.”

Geek’s Guide to the Galaxy host David Barr Kirtley agrees that A Fire Upon the Deep is an amazing accomplishment. The central conceit of the book, a universe in which computation becomes easier the farther one travels from the galactic core, creates a setting that encompasses almost every sci-fi concept imaginable. “It has 10 books’ worth of ideas packed into it,” Kirtley says. “Every couple pages there was just some amazing idea where I was like, ‘Oh yeah,’ and I was underlining everything.”

A Fire Upon the Deep juggles dozens of characters and plotlines without ever becoming confusing. Science fiction author Abby Goldsmith appreciated the book’s carefully crafted story. “Just plotwise it’s stunning, as well as creatively,” she says. “The work shows. The amount of time and effort he put into thinking it through, I really admire that.”

The novel imagines a galaxy in which thousands of alien races are able to communicate with each other via short paragraphs of text. Science fiction author Tobias S. Buckell notes that the novel deftly captures the various ways in which such a system might be abused. “I read all these cyberpunk books that I thought were preparing me for the internet, but it turns out that the book that most prepared me for the internet as it stands today was A Fire Upon the Deep and its ‘net of a million lies,’ and its whole ‘groups of people trying to commit genocide because of something they read on the net of a million lies,’” he says. “I’m just like, ‘Oh my god, this book really, really, really prepared me for all this.’”

Listen to the complete interview with Mercurio D. Rivera, Abby Goldsmith, and Tobias S. Buckell in Episode 530 of Geek’s Guide to the Galaxy (above). And check out some highlights from the discussion below.

Tobias S. Buckell on A Fire Upon the Deep:

I was low-key obsessed with this book when I was in high school. … I even paid my sister 20 bucks to count how many pages were in each chapter, and I built a chart of what point of view was in each chapter and what happened in each chapter. And I drew the plot of the book out onto 10 pieces of paper that I could unfold and stretch out over a whole floor so I could see the shape of the book visually, and I used different colored pens for different points of view. The book really had a huge impact on my ability to plot and think about the structure of novels because I really dissected it over and over again because I just wanted to figure out how in the heck he did it.

Abby Goldsmith on the Tines:

They’re adorable, first of all, because they’re basically wolf packs. Their minds are connected, so there’s four to eight wolf individuals, which are called “members,” but three of them cannot form a complete individual. It has to be four or more. … They cannot go into close proximity with each other or they start to lose their sense of self because if they stand three or four members next to another one, they start overlapping thoughts. And the whole point is that the pack has to stay together in order to stay a cohesive person—and they do think of themselves as individual people, as a pack. Each member is not an individual. It doesn’t think for itself. A “person” in this world is somebody with, basically, four or more bodies.

There’s an interesting melding of fantasy and science fiction tropes in both storylines. In the Tines World, we’re dealing with these really interesting aliens, but it’s set in this bizarre medieval setting with queens and castles. It’s a typical fantasy setting with science fiction aliens in them. … We’ve been talking about how fantastic the book is, and I agree. I did have one reservation—probably my only reservation—and that was that I thought the medieval setting in the Tines World is so, so human. I mean, the alien characters are in libraries, they’re drinking brandy, they’re smoking, they’re sitting around, and I couldn’t help but think of those pictures of dogs playing poker. That was my only reservation, that the world is just so, so, so human.

Occasionally the [human characters] say things that reveal what their societies are like. … The example I really wanted to mention of that is when they’re at this place called Harmonious Repose, and they’re negotiating with aliens to fix their ship, and the Skroderiders are haggling with the aliens, and Ravna has never seen haggling before because she’s only ever been in societies where everyone always has perfect information about what everything is worth, and so there’s never any negotiating. “We both know this is worth this, and so this is what the price is going to be.” And I thought that was a really interesting idea.

Go Back to Top. Skip To: Start of Article.

The US government is developing a solar geoengineering research plan